Posted on January 2, 2013 by Trinity Seasons 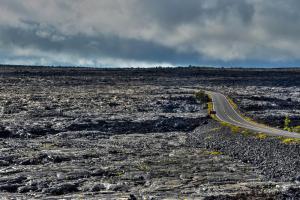 I find myself in a new land, lead here by His hand but for what purpose I am yet unclear. New to me.  Foreign to me.  A road not less traveled, but as yet, untaken.

Through the years one of my prayer partner’s has held up to me the story of Abram and the verses found in today’s readings specifically, as the  penultimate illustration of how our abba Father wills us out of comfort zones – out of lives we have faithfully lead – in order to serve Him, glorify Him, know His will, and at least a piece of His purpose.

Such paradox.  Here’s Abram – by all indications a happy camper – having lived life by the world’s standards quite nicely.  Settled in the land of his father and family but not yet in the “broad place.”  The boundary lines were larger than Abram had ever imagined – or probably even cared to imagine.  And to get to the broad place, he had to be called, the boundary lines transcended by His voice.

I find all the journeys of the faithful revealed in Scripture so encouraging as they provide some kind of benchmark for trusting I am trusting the Lord and His way.

Last March this passage from Genesis appeared in the Lectionary readings during the Lenten season.  In my personal scriptural journal, I had recorded thoughts similar to what I have written here, today, noting that both a prayer partner and a therapist/counselor were yet holding up to me Abram’s story, as I pushed back against the pull I was feeling to move onward and out of my comfort zone.  Those two people were reminding me and showing me how uprooted Abram had to be to do the work God had called him to do.

So today, when I went to record some thoughts on the reading, I found not only that reminder but also, this reflection from Forward Day by Day for March 11, 2011:

Genesis 12:1-4a.Now the Lord said to Abram, “Go from your country and your kindred and your father’s house to the land that I will show you.”

Having heard the Lord tell him to leave everything familiar and go to an unknown country, Abram picked up his things and went. Centuries later, Saint Paul (in today’s epistle) recalled this as a great act of faith. You get right with God, Paul said, by “the righteousness of faith,” not by following all the rules of prescribed and acceptable behavior. Paul seems to have thought of faith as trusting that God is in charge and following God into the unknown, risky, and challenging regions where God dwells.

Many think of faith as providing security, and it does, but not until we show our trust in God by taking the risks that faithful living entails. Playing it safe, refusing to make waves, always doing what is expected, betting on the sure thing—these are not the marks of a faithful Christian life. Sometimes faithful living leads us into neighborhoods we’d rather avoid (God is there, too) and to people who offend us (God is with them, too). The opposite of faith is fear of the new and unknown

The above was a divine compliment to all the Spirit has been whispering over the past few years and through this morning, where He finds me in a new land.