Taken by a Cloud

Posted on January 5, 2013 by Trinity Seasons 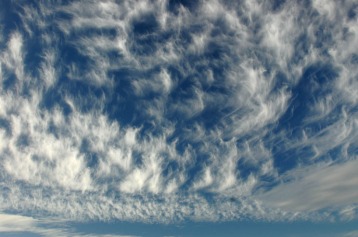 Taken By a Cloud

I’ve been surprised at the push back I’ve heard from many people of faith about the new film, Lincoln, based in part on the Doris Kearns Goodwin book, Team of Rivals:  The Political Genius of Abraham Lincoln.  I wrote to someone just today who has not seen it for fear that it will be ‘too politically correct’ for their tastes to ask, really?

The film, from my point of view, was masterful in the way only film can be to tell a big truth through the lens of a small story.  Such a film is not easy to make, let alone get right, requiring synchronism from myriad moving parts including the source material  – the book or books on which a film is based;  the casting and performances; the editing of not just scenes but characters oft times compressing or making up entirely a composite character to represent many; a keen eye to dialogue detail that is true to the time and context of the story. When these things along with so many others come together in the telling of a small story, through one person’s particularity and lens, big truths can be told.  Films that come to mind include, Life is Beautiful,  The Shawshank Redemption, Chariots of Fire, Casablanca, The Sound of Music, The Mission, A Man for All Seasons, The Longest Day  and The Godfather.

Lincoln’s story was and is not ‘small’ in its significance but in its particularity.  In God’s time and world, the story told in the new film is only a sliver – one chapter – not just of Lincoln’s life, but too, of humankind’s.  And in that sliver God’s love and truth is revealed.  In that sliver we see how God was glorified through the life of Abraham Lincoln.  His story, His Glory.

Lincoln wields appropriate power, using all the political and practical tools available to him as President of the nation.  This is the stuff of which the Goodwin book details, the fodder for the film.  The political maneuverings of a faithful servant pursuing God who like others before him in positions of power, like David, used that political power for Him, the higher purpose, and not for himself.

All of the readings today brought to mind the faithful servant, Abraham[1] Lincoln.  They spoke of kingship, call, purpose, history.

So I imagined Mr. Lincoln perhaps wandering the halls of the White House and thinking about a visit someday to the Holy Land – as he muses late in the film – and thinking of his moment in history and the call he knew to be on his life to end slavery and to bring back into the nation the temporarily lost southern states and so sure that the two would be accomplished but as yet not knowing how.  And hence needing a sign, needing encouragement, I imagine Mr. Lincoln falling across the passage from Hebrews that we read today…

Hebrews11:12  Therefore, since we are surrounded by so great a cloud of witnesses, let us also lay aside every weight and the sin that clings so closely,* and let us run with perseverance the race that is set before us, 2looking to Jesus the pioneer and perfecter of our faith, who for the sake of* the joy that was set before him endured the cross, disregarding its shame, and has taken his seat at the right hand of the throne of God.

…and therein found some encouragement from His abba Father and the cloud of witnesses and continued on to do the works he was given to do.