Following Jesus? God’s hand upon me? 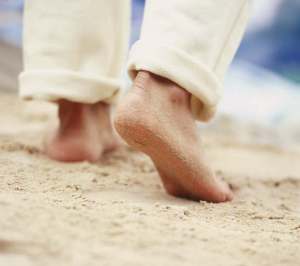 The hand of the Lord came upon me, and he brought me out by the spirit of the Lord and set me down in the middle of a valley…

I’ve been thinking about how we followers of Jesus discern God’s hand in our lives?  Where do we know or see or feel His hand moving us one way or another?  To the valley and broad place or somewhere else?  Uprooting us from one location, planting us in another?

I was relating to a friend the sense that I was losing a grip on God’s hand in my day to day life, not only having trouble discerning which way to go, but wondering also if the path I had walked upon to this point had not been the one my Abba Father intended.  Had I gotten it all wrong?

I explained how I had put in motion a plan with many moving parts that from a distance looked to be the right next step into what I’ve come to call, the broad place.[1]  After I had moved 400 miles away from my permanent address to connect all the moving parts of the plan, I was thwarted.  At every turn.  Thwarted.  Wondering out loud to my friend,  “Did I get it all wrong? Has God’s hand not been upon me?  If God’s purpose for me had been what I thought it was, then  all the parts would have fallen into place, right?”  Just as Job expressed,

42:1 Then Job answered the Lord:
2 ‘I know that you can do all things,
and that no purpose of yours can be thwarted.

My friend suggested another possibility. Thwarts as detours, not dead ends.

She explained that when she senses an internal enthusiasm (entheos – God in it) for something that requires action on her part  she then puts together a plan and takes a step into it.  The enthusiasm – the Holy Spirit –  is the first indication to her that God’s hand is upon her, fueling her to action – be it a relationship that needs healing by moving towards someone with forgiveness or a new endeavor that requires time taken from some other discipline – perhaps ministry, education, leisure, or exercise.   If the plans just don’t unfold as expected, if the enthusiasm wanes, if the forgiveness isn’t received, if the time given to a new endeavor puts stress on other obligations, she knows those moments just as the ones that got her started to be by God’s hand (not causally, but present at the crossroads).

The thwarts tell her that the initial enthusiasm for the new thing, action, plan, was perhaps not enough or even momentary and her step into the plan, premature.  Perhaps she should have offered up the plan itself to prayer and discernment, listening  further to God to see how to get where He wanted her to go.

The thwarts were about the how tos not the destination. Detours, not dead ends. She was still on the road following Jesus.

The description of the thwarts as detours made me think of bunny trails and pauses.  I’ve written about pauses before.  I’ve come to identify them as Holy Spirit whispers, especially when reading Scripture – an actual moment when my eyes avert upward and I pause to think about something.  Sometimes the pause takes me down a bunny trail of thought and prayer I could never have anticipated and once arrived, I am more often than not blessed by what the Spirit has revealed.

So it was when I paused at my friend’s suggestion that a thwart wasn’t a dead end.  “What if,” she asked.    What if the thwarts I encountered were simply pauses to send me down a different bunny trail for the Spirit to reveal something to me I wouldn’t have considered otherwise?

I took the pause at the Holy Spirit’s word and listened further to my friend (encouraging me in my faith) as she asked, what if I was to consider new ‘how tos’ – a new plan for the destination – thy will be done –  God had intended for me all along?

What if, instead of constructing new roads to avoid the detours I had encountered at an earlier junction, what if I returned to the old road and finished that leg of the race?  What if I was wrong about getting it all wrong?  Had the Lord paused me long enough to see that yes, by His hand I was lifted up and out and put on a new road, landing in a valley for a season, then a bog,  later a desert, and many hills in between.  But now paused long enough to be lifted out of this place and put back on the road I was to travel?

So.  Wind back with me to the start of this reflection and the question of how we discern God’s presence and guidance?    How do we know when we are being moved by God’s hand?

For me it has been in the detours.  In the pauses.  In the rerouting.  In the returning and reconsidering.  I gain confidence in knowing I am living by His hand when I dare to surface the doubt and wonder out loud with a believer or here with you.  Thwarts, not opened gates.  The detours, the pauses.  That’s where the Holy Spirit breathes into me.  And I stop long enough to catch my breath – His breath.   Thus refueled.  Onward.

[1] Short background:  A few years back – the second half of my life –  I was in seminary seeking Holy Orders.  After completing only 2 of the 3 years of study and discernment I left.  I tried to return to my ‘before-seminary’ life but discovered I couldn’t leave it all behind and also couldn’t integrate the two halves of my life, cohesively.  Hence,  I’ve been making my way forward, yet betwixt and between,  following Jesus to the broad place, with no particular vocation in sight.