…too afraid of his family….

Judges 6:27So Gideon took ten of his servants, and did as the Lord had told him; but because he was too afraid of his family and the townspeople to do it by day, he did it by night.

The family and Gideon’s place in it plays a part in the Old Testament story of the soldier the Lord chose to conquer the Midianites and to dismantle the local Baal worshiping culture.

Ministry and Family.  This is a tough one – the blending of these two vocations.  There are stories throughout the bible illustrating all the complex dimensions of ministries (calls) hindered by unhealthy family systems or grown despite the brokenness in the human relationships.

Calls to ministry – to doing God’s work in God’s church – is something discerned over and over. Seasons.  Sometimes it is really clear what the Lord has in mind, other times not so much. Abram is a good example of one who stepped into the call with no real strong sense of what the Lord, God was up to.  He stepped into that call and onto the journey with his wife, Sarai – with his family.  Steadfast always, but not without bumps along the road.  And God did His work through those bumps and the brokenness. The family system broken at one point when Sarai got a bit anxious about having children.  Prayed for it to be otherwise.  Came up with her own plan, which came back to nip her in the ‘ego’ later on. 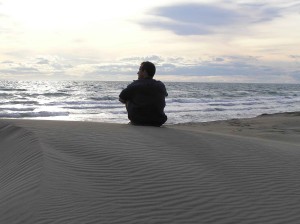 Point is, living into a ministry call with a family of one’s own, or living into said call by leaving one’s family – both are possibilities before the prophet, the priest, the chaplain, the pastor all a ministry-life long.  And when someone is at the front end of discerning a call to ministry, it can be one of the primary questions or concerns.  Forward with or without?

There’s a country song, Home, (please listen – it provides a nice sound track to this section) by Blake Shelton with a line that often comes to mind when I think about families and ministry.  It simply says, my dream isn’t yours and that is okay:

The singer sings to his partner this is my life, you believed in me – that is enough.  I’m able to do what I do because you, my partner believed in me. (A sidebar touch of irony, Shelton covers this Michael Bublé original with his wife, Miranda Lambert.  The two of them DO share the same dream).

But back to ministry, calls, families of origin, partners. It may not be my partner’s dream, and my partner and family may even respect it and believe in me, as the song lyric says, but is ministry something that can be realized alone – apart from one’s family – alone, in the night?

A country singer can hit the road, make her music, be in Paris or Rome, and long to return home because she has the support and respect of the family at home who wait for her return.  It works – not easy – but different dreams of each partner can be realized in many, many settings.

I just wonder about ministry.  I wonder if the dream and call of one partner can only be realized when the other partner really believes in them and knows they, too, are called to the ministry.

Gideon’s tale sheds some light.  He leaves the family to respond to the call.  Doing God’s work did not require, for Gideon, their support or belief in him.  But he was still afraid of their power over him – over how they, his family and friends, saw him.

Gideon, “the least in his family”  (Judges 6:15:He responded, ‘But sir, how can I deliver Israel? My clan is the weakest in Manasseh, and I am the least in my family.’) – not unlike David – not unlike most of the saints the Lord, God anoints to proclaim and to God’s work, is afraid of what his family might say, what they threaten him with, what hold they have over him to keep him in his place as the least in his family.  He goes into this alone, not supported or believed in. But he goes.  He goes to the Lord, God in the night.

Nicodemus did likewise.  He went to Jesus in the night.  It was a safe time.  And Nicodemus knew Jesus was to be found wherever he went looking.  He lived into the call upon him by going in the night un-witnessed by his family and community that may have rushed to the wrong conclusions, may have condemned him for something they judged to be wrong.

Many of us called to ministry have to deal with this fear over and over – the fear of the family’s acceptance?  condemnation?  judgment? support?  belief?  Ongoing discernment for those called to serve God’s church is healthy.

Perhaps what the Spirit is whispering today is to take stock of where I have most effectively done God’s work.  Is it at Home with family and friends who believe in me and where my dream – my call – can rest alongside but not enjoined with theirs?  Or, have I done God’s work ‘in the night’ – too afraid of my family – but unable not to respond to the call?

I’m not sure I have the question right but that’s the bunny trail I have been sent down today.

This entry was posted in Whispers and tagged discernment, ministry, time. Bookmark the permalink.