More than a girl in country song…

Posted on November 7, 2014 by Trinity Seasons

Time for just fun.  Time to lighten up.  Paused here today and standing in the broad place to muse, to dance, to smile. Time to just throw out what have been more than whispers regarding the Daily Office lectionary.  I’m more than a ‘girl in a country song.’

A bit of a lengthly back story to the claim and title of this post.

For the past few weeks I have sort of holed up.  My own private Idaho time, again. Okay. Fine. We all have them.  I continue, by grace, to go to God’s Word at the start of each day, accessing the Anglican tradition of the Daily Office lectionary, to hear what the Spirit is saying to me, to God’s people, to God’s church.  And though prompted to share some thoughts here on this blog, I’ve held back.  Been held back.

As much as I personally am tied to the spiritual discipline of reading the Daily Lectionary, at some point over the past month I began to wonder if this blog had to be so aligned.  All the whispers coming my way have been just too personal to rephrase generically.  I’ve been reading a chapter of Proverbs daily, too, so perhaps the caution to listen more than speak that runs through that book of Wisdom was encouraging me to think beyond the box of the Daily Office for public (blog) theological reflection.

And with that realization – that I hear all through God’s Word – I began to think about just posting those tunes that say something – at least to me – theological, biblical, prophetic and aligning, where appropriate, with a verse or just a biblical theme.  But I hesitated to do so and instead began to catalogue the tunes in my scriptural journal for use at some other time. Maybe a sermon.  Maybe a teaching.

And then, the Country Music Awards earlier this week.  And the show, hosted by two country celebrities, Brad Paisley and Carrie Underwood, featured many of my favorites.  How talented is Miranda Lambert?!  My heavens.  And Jason Aldean, and Little Big Town, and well – what a fun, night.

Near the end of the show Carrie Underwood performed her newest single, “Something in the Water,”

which is anything but an explicit, explosive Word – a Word from God.  And good for Underwood – once again bringing to popular culture a “Saved by Jesus” song.  She began her career with such a single, Jesus take the Wheel, you may recall.

But for my taste, I prefer the subtlety of God’s Word wafting through the otherwise known as country-sometimes-love songs crooned by male and female singer-songwriters, alike. And I hear God somehow more clearly when it wafts and is not hammered in (or belted out).

So, I connect that dot with the lingering thought of how to get back to this blog for theological reflection, and wondering if I might step out of the Daily Office Lectionary reading box for a bit, and just have some fun with this music I love, these lyrics that speak to me.  Does God speak to others this way?  Do they (you) hear what I hear? I’ve been asking myself.

And this morning the two came together.  It was as if the Lord, God gave me permission from the Old Testament reading of the Daily Office Lectionary to get out of the box and back here to the blog, and just throw out something fun.

All the Old Testament readings this week have come from the Apocrypha (books of the Bible that were not included in the original Canon), from Sirach, also known as Ecclesiasticus. Today’s passage is calling all together to honor a variety of God’s people – kings, prophets, artists, and…wait for it, singer-songwriters!

2 The Lord apportioned to them* great glory,
his majesty from the beginning. 3 There were those who ruled in their kingdoms,
and made a name for themselves by their valour;those who gave counsel because they were intelligent;
those who spoke in prophetic oracles; 4 those who led the people by their counsels
and by their knowledge of the people’s lore;
they were wise in their words of instruction; 5 those who composed musical tunes,
or put verses in writing; 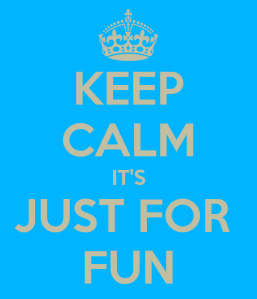 So…with no more being said, here is my first pairing of a country song which when I hear it – rock to it – walk to it – dance to it – when I hear it, the Holy Spirit suggests a verse, a biblical theme, a prophet, a book, etc.

Take a listen to the song, first.  See what occurs to you before reading my thoughts.

The first time I heard the tune “Girl in a Country Song,” by Maddie & Tae, I thought of women and God’s church.  Yup. And the verse that popped into my head was from 1 Corinthians.  The one that suggests women shut up in church.  From that one verse, entire denominations have been built – a verse that some biblical scholars suggest was likely written by a student of Paul’s, not Paul himself.  But no matter. Out of the Pauline School come many such suggestions and admonitions that have been twisted over time into some sort of dogmatic ecclesiology regarding women in God’s church.

Like the country song, women in God’s church are not particularly respected nor well represented in many of Paul’s letters.  Here’s what the girls sing,

Hmm.  Being ‘a woman in the Pauline corpus, how did it go so wrong?’

Perhaps my thought a bit too irreverent for your taste, but I’m just having some fun. It is what I heard.  Like the ‘girl in the country song’  – women have to fight for some respect in God’s church even today – we ain’t a cliche and we ain’t gonna keep our mouth shut.

Recall who was the first to see and proclaim the risen Lord?

This entry was posted in Whispers and tagged country music, scripture, theology. Bookmark the permalink.

1 Response to More than a girl in country song…