When it comes to justice, God is supreme – not the court

Exodus 1:15 The king of Egypt said to the Hebrew midwives, one of whom was named Shiphrah and the other Puah, 16‘When you act as midwives to the Hebrew women, and see them on the birthstool, if it is a boy, kill him; but if it is a girl, she shall live.’ 17But the midwives feared God; they did not do as the king of Egypt commanded them, but they let the boys live. 18So the king of Egypt summoned the midwives and said to them, ‘Why have you done this, and allowed the boys to live?’ 19The midwives said to Pharaoh, ‘Because the Hebrew women are not like the Egyptian women; for they are vigorous and give birth before the midwife comes to them.’20So God dealt well with the midwives; and the people multiplied and became very strong. 21And because the midwives feared God, he gave them families. 22Then Pharaoh commanded all his people, ‘Every boy that is born to the Hebrews* you shall throw into the Nile, but you shall let every girl live.’

So, God. Paused here today recollecting a teaching I heard recently that tipped me off to what this coupling – and also the ‘but God’ word coupling – signifies in scripture. Whatever follows so God or but God, is divine intervention. The words move the story along from the point of view of the human person to God’s point of view. God intervenes in the minutiae of the daily lives of God’s people in order that God’s will and plan for God’s creation will be realized. 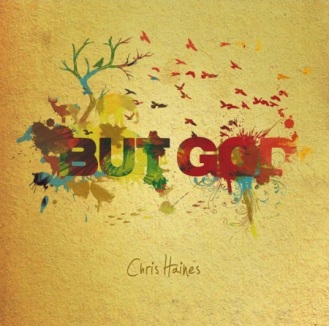 But God is the tip off in scripture that God is going to mix things up – get His people back on track, prevent irredeemable actions that thwart His intentions for the world. As in today’s Old Testament story. Pharoah thinks the eradication of male Israelites will keep numbers down so God’s people won’t be threat to his power. But God intervenes through the heart and minds of the midwives. They just can’t do what they were ordered to do. And this makes the way for Moses to participate in God’s story, offering his life for God’s glory.

Sometimes, too, God lets it be – let’s us mess up our own stories, not intervening when we pray He would.  That side of the equation – when God doesn’t appear to intervene to prevent some tragedy or deprivation – is pretty tough to comprehend.

There’s a new book (Three Generations,No Imbeciles: Eugenics, the Supreme Court, and Buck v. Bell by Paul Lombardo) that is stirring up conversation about our Supreme Court and the investment Americans have made in its role as the ultimate adjudicator of supreme, ultimate justice.

The book recounts the horrific chapter of our history in the late 19th and early 20th centuries when a new mental construct had gripped the minds of many of our country’s leaders. Eugenics. It was a theory that had its roots in Darwin’s theory of evolution which sought to explain the development of plant and animal species. Francis Galton – considered the founder of the philosophy and a half-cousin of Darwin, saw in evolutionary theory application for the human species. He believed that desirable traits were hereditary, citing biographical studies as indicators. The book focuses on one story to tell the bigger story and in that story there’s a moment where a person of faith has to wonder why God didn’t intervene. Or did He?

One horrific outcome of the Eugenics philosophy was that state governments were allowed to sterilize people they deemed mentally incompetent. And most states executed this right, though in states where there were large Roman Catholic populations – like Louisiana – sterilizations were not advocated.

There was a test case, Buck vs Bell.  Here’s a very brief recap of that story.  A young woman, Carrie Buck, was made a ward of the state because her single mother could not provide. She was placed in a foster home where she was treated not like a child but as an indentured servant. She is raped at the foster home at the age of 14 by a family member. Foster family petitions government to have her deemed ‘mentally incompetent’ to avoid the shame of their family member having raped her. She’s institutionalized with others ruled by the state to be ‘slow,’ (unbelievably, the three categories of mental incompetence at that time were imbecile, moron, and idiot).  Carrie delivers the baby while institutionalized. Foster family takes the baby away from her. Institution now wants to sterilize her because she falls in that category – in their minds – of not being worthy to procreate any longer. Virgina law has a provision that before the state can sterilize, the person must be represented before a judge to argue against sterilizatoin – basically to make their case. State court rules in favor of the institution, which bumps the appeal up to the Supreme Court.

It is here where but God is missed. No but God divine intervention. Just the opposite. Revered Supreme Court Justice Oliver Wendell Holmes not only writes the majority opinion supporting the lower court’s decision to uphold the right of the state to sterilize this young woman – who was not mentally incompetent – but does so in the most offensive, aggregious manner. “Three generations of imbeciles is enough” Holmes writes.

There are a hundred different ways to unpack this story but the author of this book has looked at the how this erroneous theory, Eugenics, played out in our justice system. In the author’s view, the Supreme Court is our country’s temple – the presumed non-political body that is to protect the weak against the strong, where justice is realized for all. And so to him, the court decision to uphold sterilization and to advocate for it at the same time served as an example of how the court gets it wrong. It also peels the onion back on the men and women who serve on the bench. Holmes has been revered as the most progressive of justices, earning the nickname “the Great Dissenter” for how often he opposed his fellow justices in their opinions, writing eloquently and passionately for the weak against the strong. Holmes is remembered as one of the court’s most eloquent and outspoken justices.

But here’s the thing. In the telling of this story through the lens of the adjudicators – no matter how offensive and unjust they were – the reader reads Carrie Buck’s story unfairly. Maybe not unfairly but there’s little room for seeing a but God moment in Carrie’s life.

And it is the individual lives of God’s people where it is most easy to see, to know, to sense, but God moments, I think.  That God did not seem to intervene here – or in other tragic, horrific, unimaginable events of un-justice through time, doesn’t mean that He’s not there – saving, loving, sending grace upon grace.

So, back to Carrie Buck and the story that the author of the book told but suggested that the injustice that fell upon her was what defined her.

We learn that after she was sterilized – painfully – she was released from the institution and went on to marry and work in the service industry. At the end of her life, her roommate in an elderly care facility recollected how Carrie would start each day with the newspaper and the crossword puzzle. Clearly, not and was never, an ‘imbecile.’

Certainly the Lord, God showed up for Carrie. She was not beaten down to the point of no return. I don’t think it possible to have had the productive, loving life she had without grace showing up at her doorstep. So God, intervened – at least in Carrie’s life. That’s how I heard her story.

Listening to the author recount the tale in an interview, I kept my ears tuned for the but God moment – when the point of view of the story would be switched up from that of the fallen man’s to God’s. It didn’t come. Instead I heard a litany of one insult after another executed by men who should have known better – who even I believed knew better – Holmes, Teddy Roosevelt, and others. And, too, I heard the lament of the author – how could one of the men he most looked to in his pursuit of justice, Oliver Wendell Holmes, have been so wrong?

The Supreme Court is not the temple. It is not the place where all will get justice. It is made up of fallen, flawed, broken people – not smarter, better, people. For Americans to invest so much hope and expectation in this institution and in the justices who sit on its bench, is to invest hope in an idol – a false god.

Where did God intervene during this period? One place was in the state of Louisiana where there was a large Roman Catholic population. God worked through the hearts and minds of church leadership as he did with the midwives to prevent the flawed theory from manifesting in a sterilization law, there.

I think it takes some digging to locate God in tragic stories such as Carrie’s – and the thousands of immigrants of a later period who were barred admission to America because quotas had been set based upon the flawed theory of Eugenics.  But I believe it is in the depths where God does intervene and work.  But God moments attack at the core – the roots.

I appreciate the story told in Lombardo’s book.  We have to know these stories of injustice, have our eyes opened to see that those we thought of as being one way, were in truth quite another. But the story didn’t move me to the place where perhaps the author intended.  My hope doesn’t rest in the people, but in the Lord.  The author hopes the story will help the country see how important it is to have the ‘right’ people on the bench.  And while I don’t disagree with him about the value of judges who adjudicate from the perspective of the weak and not from the strong, I know I push back at language like this.  The right people? That’s where this whole mess started.

With a new seat to be filled I find the hype over who will be nominated, who has decided already they won’t allow a nomination, who would be a right fit to ensure certain agendas are realized – well it is beyond the pale offensive to me.  Both sides of the aisles up and down.

I do trust God’s will be done.  On earth, as heaven.  I am not sure God will not let us just continue to make a mess and sometimes a mockery of our court.  I am sure He will intervene in the lives affected by whatever decisions come down from the human institution.

As I believe He did with Carrie Buck.

[1] Image found on Google images in a But God search, illustration by Chris Haines

This entry was posted in Whispers and tagged But God, God, scripture, see, truth, WORD. Bookmark the permalink.