Getting unstuck, changing the tire and moving into the open place

If I had ever had the discipline of memorizing scripture this would be a verse from today’s Psalm 18 that I would like to have mastered. It would lie in the top tray of my scriptural tool box where I could easily find it when I needed to fix a bad attitude.

20 He brought me out into an open place;

*he rescued me because he delighted in me.

By bad attitude I mean anything that keeps me stuck staring at the problem and not doing anything to change it – expecting others or God, even – to resolve all by retreating and just waiting. 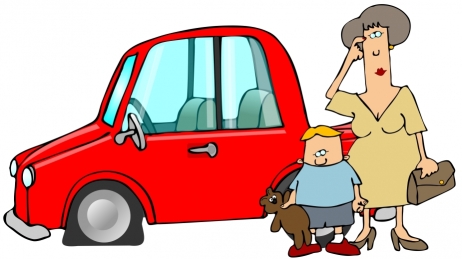 Not unlike the quip:  A bad attitude is like a flat tire. You can’t go anywhere until you change it.

A bad attitude that keeps me on the roadside, holed up to deal with whatever problem I find myself facing, tricked into thinking anything will change.  I have to change the tire, for heavens sake.

A bad attitude oriented towards self protection and thus inward and blind to all the ways out – into the open – the Lord provides.  Fix the tire, with God’s help, and I can be on my way.

The idea in the couplet that God saves us from our own worst enemy – our selves – by bringing us out into the open is an easy one for me to grasp.

That God did so because he delights in me? That truth hasn’t really sunk in –  is not woven into the fabric of my being, as I like to say. But I do know that I can’t glorify Him if I am turned inward. If I am holed up. If I retreat into my own way of problem solving and doing things. If I am focused on self-preservation, me, myself and I. God brings me into the open because that is the only place where my life can be lived to truly glorify him.  But I have to be willing to go there with Him – to move out, to get unstuck.

A few years ago I hit the road to tour Frank Lloyd Wright designed homes, churches and commercial buildings having become increasingly attuned to the role architecture plays in a person’s relation with the physical space in which they live, play and work.

Wright built into his buildings the idea found in the psalmist’s couplet: being moved by some energy (God’s hand) from a restrained, compressed, uncomfortable, inwardly oriented space and into the open.

Wright used “compression and release” to make his buildings “speak” directly of freedom (openness)…Compression and release, which is also known as “tension and resolution” or “embrace and release,” were concepts that Wright used in many of his designs. This confining space, termed the “compress,” made the visitor uncomfortable and encouraged them to move from the entrance into the larger main room, hence the “release.” The “release” also imparts a feeling (or the impression) of freedom. [1]

Going through something uncomfortable to be released – saved? – into the open, well, this is just what I hear the Spirit saying in today’s psalm. As Wright designed openness into his structures, so our Lord God weaves it into ours; compression, hard times, uncomfortableness, trial, tension and retreat into self to at some point be released into the open where He wants us in order to glorify.

I can remember the first time I walked through Wright’s Taliesan home in Wisconsin. A dark, dank entry – room for only one person at a time – and then into the open room where the outdoors and indoors were one open, glorifying space. A person could not help but be moved and feel the peace and beauty in their bones. This is what it feels like to be saved,I thought, to be moved out of darkness, out of my own head, out of the hole I might have retreated into, and into the open.

I am paused at thinking about all the godly associations with the word ‘open’ as both the psalmist and Wright seemed to have understood. First, an open space has no walls or barriers, all of God’s creation is seen as was created – outdoors and indoors as one in Wright’s homes, for example. Second, finding yourself in an open space makes you more vulnerable and exposed, but at the same time more alive. There is nothing in me that wants to linger in the entry ways or hallways of a Wright home, especially after discovering what awaits. So, too with life. Why linger in the dark, dank space of a bad attitude? Why remain stuck in a hallway, with a flat tire.

Open.  God brings me into the open, time and time again.  He saves me from my self – my own worst enemy – boots me out of the dark entry way to life so that I may live it as He would have me do so – in the open, in the light.